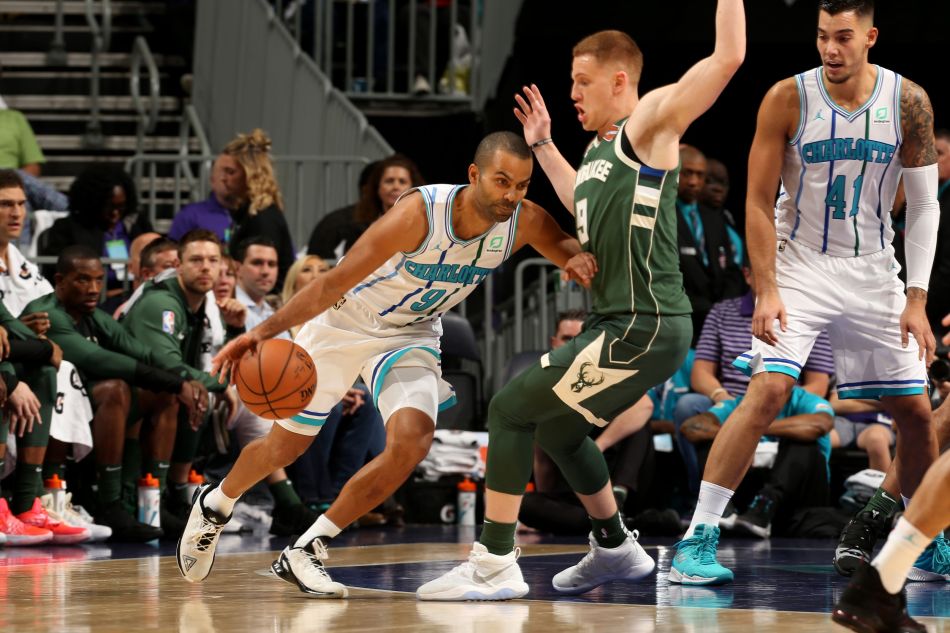 After two close losses this past weekend against the Oklahoma City Thunder and the Atlanta Hawks, the Hornets look to get back on track against the team with the second best record in the NBA, the Milwaukee Bucks.

This is the second time that the Hornets will face the Bucks as they opened the season against them on October 17th. This game was a fascinating one to watch as the Hornets almost completed a 20-point comeback. To engineer this comeback, Coach Borrego utilized an ultra-small lineup which included: Kemba Walker, Tony Parker, Malik Monk, Michael Kidd-Gilchrist, and Nicolas Batum. Kemba, who had been hot all night with 41 points in all, scored 11 points in the quarter to lead the way. With this lineup, the Hornets were able to take the lead on a pair of free throws from Walker with 36.3 seconds left.

On the next possession, Bucks forward, Giannis Antetokounmpo, got the switch onto Willy Hernangomez and was fouled on his drive. He made both free throws to put the Bucks up 1. After a Hornets timeout, the ball was put in Kemba’s hands as he let the clock run down before making his move. He was able to get a great look but missed the attempt. Marvin Williams was able to rebound the miss and kick it out to Batum for the win but he badly missed a three point attempt and the Hornets lost, 113-112.

The Hornets showed that they were up to the task the first time they faced the Bucks and should use some of those similar lineups when they face the Bucks again tonight. After a long absence, Michael Kidd-Gilchrist is expected to play tonight along with Tony Parker. They were two key contributors last time out against the Bucks so this is a great sign for the Hornets. For the Bucks, DJ Wilson is out tonight (hamstring).