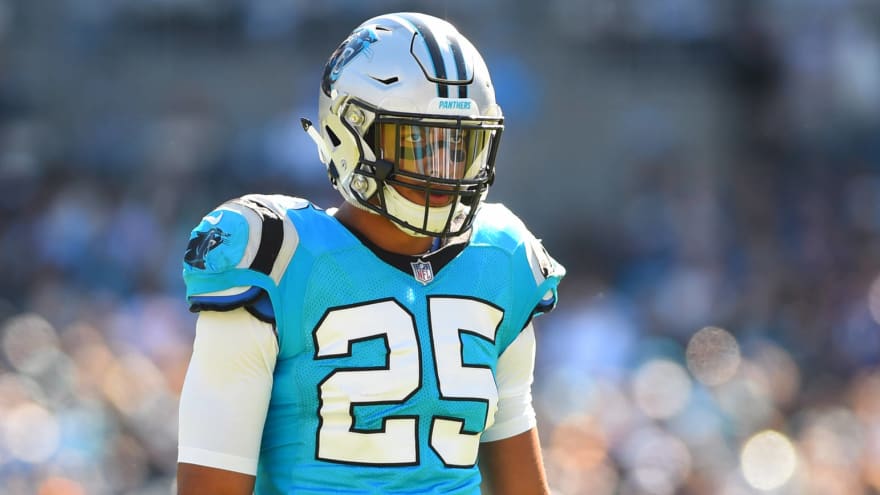 Monday afternoon the Panthers announced the re-signing of safety Eric Reid to three year deal worth $22 million, making him the 8th highest paid safety in the league for the time being. Not only was this the right decision from a personnel decision, but it signals growth from a coaching staff who has been neglecting consistency at the safety position for years now.

Since the beginning of the Rivera era the Panthers have never had back to back seasons with the same starters at safety from the season before. We’ve had quality players back there; the likes of Kurt Coleman, Mike Mitchell and Roman Harper, and some players we choose to forget, but all just plugs for just two seasons at best. It’s been a rotating door, and now with Reid we may finally be aiming for some continuity in the secondary.

In 2018, Reid posted his best statistical season since his rookie year while only playing in 13 games. It was noticeably an immediate upgrade to a Panthers secondary who started the season out very poorly. Reid stepped straight into the starting lineup, with scrutiny and hate surrounding him and made sure his presence on the field was felt. Having a full off-season to prepare for the season ahead should see him submit similar, if not better, results for the 2019 season.

The big question now is who plays alongside him? Last years starter Mike Adams is set to be a free agent and has notified the front office that he would love to return to Carolina even if in a minor role –which I think most fans won’t be a fan of–. Then there’s Rashaan Gaulden who spent most of his rookie season on the bench, maybe he shows some potential this off-season to get out of Rivera’s dog house. But for now we have to assume the long term answer isn’t currently on this roster.

The free agent class this year is deep, players like Tyrann Mathieu, Ha-Ha Clinton-Dix and Adrian Amos headline an impressive class. Most of these guys are destined to re-sign at their current locations but if the Panthers have the means to land one of these guys I would go for it. Having two quality safeties would make the jobs of the rest of the defense that much easier, and it’s just something that I personally have always wanted in the Carolina’s. Nothing grinds my gears more than poor defensive back play.

However, with limited funds and other glaring holes at offensive and defensive line, I would have to imagine the front office will hesitant to cash in on another safety after giving Reid this contract. I would assume they look to April’s draft for answers. Unfortunately enough, the safety position is thin for this years draft. There’s a couple of fringe 1st rounders in Deionte Thompson from Alabama and Delaware’s Nasir Adderley who’s rising up boards fast. While Miami’s, Jaquan Johnson who was touted as a first rounder the past few seasons has fallen off and could be a guy we look at in the 2nd or 3rd round.

Regardless of who it is, it’s clear the Panthers plan to pair that player with Reid for at least the next three years which would be the first in a LONG time for Carolina. Long gone are the days of Haruki Nakamura, Colin Jones, and i’m just gonna stop there before feelings get hurt.

0 comments on “With the Re-Signing of Reid, Carolina is Finally Getting Continuity at the Safety Position”