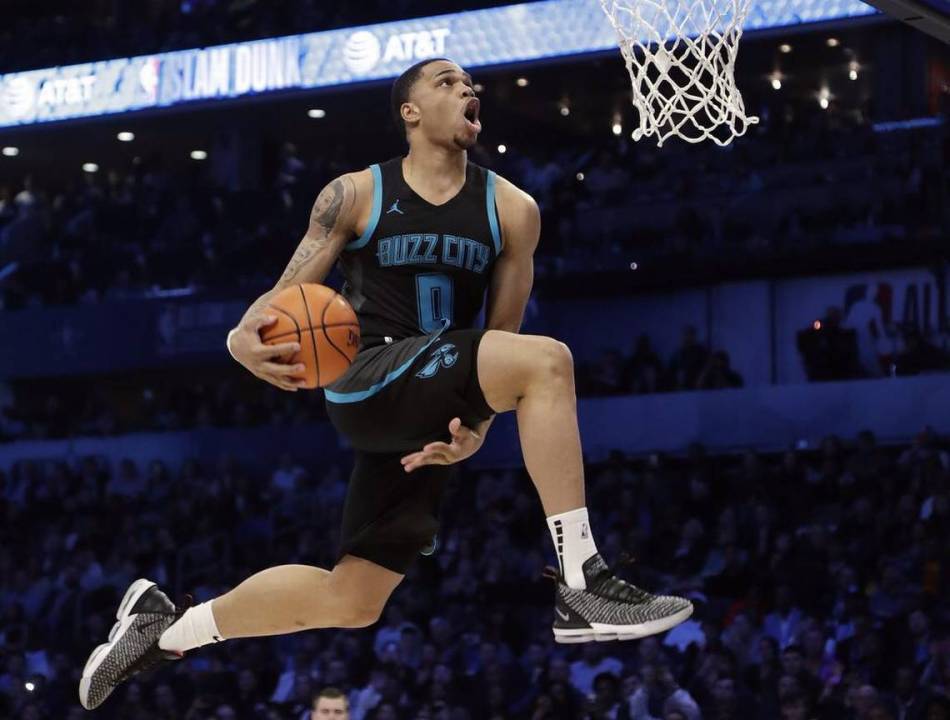 Miles Bridges has had an up and down season so far. In the month of October, he shot 60.5% from the field and 43.8% from three. This obviously wouldn’t last, but it was amazing to see him shoot so well because that’s the key to him becoming an elite player in the league today. The shooting fell off hard and in the next three months, Bridges proceeded to shoot a little over 27% from three. In February, he’s shot 41.7% to bring his percentage to about 31% on the year. Among other rookies, Bridges doesn’t stand out that much either. He ranks 17th in points per game, 16th in rebounds per game, and 30th in assists per game. There’s not much to be hype about here right?

I’m here to ease any concerns. Rookies aren’t supposed to be amazing when they get to the league. They’re supposed to go through ups and downs. Guys like Ben Simmons & Luka Doncic are rare. So, Bridges is fine. He still has the potential to be a really valuable player for the Hornets for years to come.

First off, Miles isn’t going to be a 25 points per game scorer (feel free to prove me wrong bro). And really, that’s okay. What he can be is an elite role player. His skills will impact winning and that’s what you’re looking for when drafting. He has the potential to be an elite 3 and D wing that can switch and guard all five positions. He’s obviously not there yet, but I think what’s important here is that he’s shown flashes.

He hasn’t consistently done it, but he’s guarded on switches really well at times. Here’s him on professional bucket getter, Lou Williams:

To be fair, Lou Will didn’t do anything particularly special here. But, Bridges flashed that ability to stay with him and contest. Earlier in the season, the hesi that Lou gave him might’ve made him jump and he would’ve got blown by. This time he doesn’t. I don’t think Bridges will be the type of defensive stopper that we put on the best player each night. However, his ability to switch and stay with an elite offensive guy for possessions at a time is highly valuable.

Here’s Bridges guarding Zach LaVine and sending his layup back to UCLA:

Zach LaVine is not only one of the most athletic players in the league but is also one of the best young scorers. Bridges absolutely swallows him up here. He stays with him on the crossover and spin, and destroys LaVine at the rim. Again, this is another showcase of his defensive ability. Once he starts doing this consistently, he’s going to be a real thorn to opposing offenses.

Of course Bridges has showcased some offensive ability as well. This spin move here is going to be real important for him when he attacks closeouts:

Because of his athleticism, Bridges is going to be really dangerous off the catch when he attacks the rim. He just needs to get his shooting percentage up so that he is a real threat from beyond the arc, this should in turn open up his whole offensive game.

Bridges isn’t there yet but based on this season so far, we can see the outlines of a really terrific player. It seems like there’s not much to be excited for as a Hornets fan these days but the development of Bridges is one thing that we can all enjoy.

His dunks will always bring joy to our hearts.