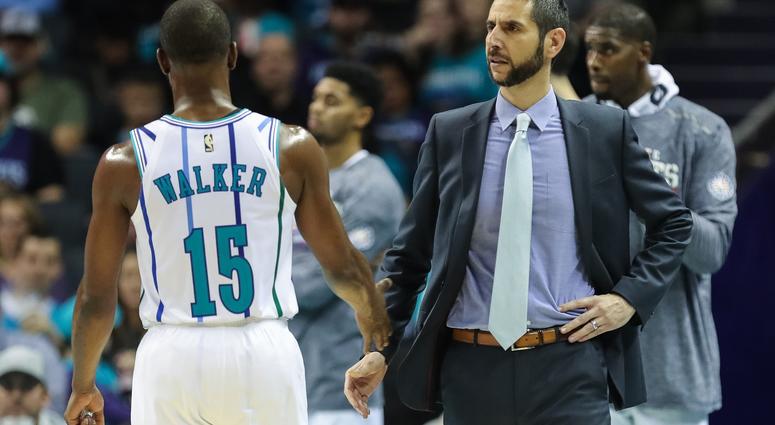 In the few days since Kemba Walker was taken off the court with a minute to go in the Hornets season finale loss to Orlando, the nightmares that many fans have dreamt are beginning to look more and more like a reality. Quotes coming out of the Charlotte exit interviews do not sound promising,  from General Manager Mitch Kupchak to Kemba himself, it seems as though there will be a parting of ways that many saw as an inevitable.

Obviously, this would have huge ramifications for the team – The success and overall talent of the team would take a massive dip, and the fan interest would surely follow, but I believe that we could find some light at the end of the tunnel. It may take a while for the team to even become a borderline contender for the playoffs again, but when next season rolls around, there are a few ways I believe Charlotte can help to speed up the process.

1. Become a Graveyard for Bad Contracts

Before you say anything, I know, the Hornets roster is pretty much already a graveyard for bad contracts. Fellow Queen’s Guard writer, Mike Kyle, broke it down just this week. But I’m sure we can make things a lot worse, and in turn better for our future success.

Looking around the league and some of the trades that have gone down in past seasons, it’s very easy to see a team taking a chance on a player like Michael Kidd-Gilchrist, or wanting to bring in Marvin Williams for both veteran presence and add shooting to a lineup. Of course these are expiring contracts which bring their own value with them, but these are also players who could add something to contending teams, and the potential for a deal where we can get a good pick out of it is strong just so long as we take a bad contract on ourselves.

Best case scenario would be that we only have to knock 5/10 million onto our payroll for next season, allowing another team some space to bring in an effective rotation guy in free agency, or allow them to make other trades or acquisitions down the line. Having said that, taking on a bad contract with an extra year on it is something I wouldn’t rule out.

In the same way a team like the Sixers see their championship window as the discount rookie deal that they have Ben Simmons under, we have to look at the contract of forward Nic Batum  as our window of in-opportunity – A unique chance to be as bad as possible after years of dwindling in the NBA’s no man’s land, isn’t that exciting?

2. Crank up the minutes for the youngsters

Throughout the 2018/2019 season, we were teased by little glimpses of what we could have in our recently drafted players and what they could bring to the table going forward. Every Miles Bridges dunk, every Malik Monk pull-up 3, every Dwayne Bacon drive was as encouraging as it was frustrating leaving us asking the big question. Why aren’t these guys playing more?

It was only until late in the season when injuries took their toll that we got to see the full potential of what the young guys could do, and it is easy to make the case that the Hornets were at their most fun and most effective with Bridges and Bacon in the starting lineup mixed with Graham and Monk coming off the bench.

Around the league, you see teams that have allowed their young draft picks not only to start early, but continue to play through their mistakes and learn from them. The Hornets would be well served next year to take this approach and allow Bridges and co. to play, learn, and grow as young players.

Looking back on his first season as the Hornets head coach, the jury is certainly still out on James Borrego. But spoiler alert, if in this hypothetical where Walker is no longer a member of the team. His job will suddenly become a lot harder.

If Charlotte were to follow my first 2 steps here, then there is no doubt that Borrego would have his work cut out for him, trying to get wins out of a team that’s clearly in a tanking mindset – which in part is why I want to throw some support behind him now.

When he took the job here, it’s likely it was taken on a ‘win now’ basis given how the team was so reluctant to engage in trade talks with Kemba, so to come around now and give him a rebuilding situation would be a tough one for him to take at first I’m sure, despite the fact that so many people may have seen this coming from a mile away.

And whilst he clearly had his struggles in his first season, I believe he can eventually produce some winning basketball for this team. Throughout the season, it felt like maybe he lost –or perhaps sacrificed– his philosophy in order to give older, better paid players, more minutes to produce more short term success, but in a situation where the pressure is off and the team is practically a blank canvas with a lot of young talent, Borrego may as well be able to implement his modern style of basketball more effectively than he was the season just gone.

Whilst I understand this may make bleak reading for many fans who are hungry for success and general anti-tank supporters, I believe as a team that has little cap room, no big market appeal and certainly no reputation as a team where players can go to enhance their careers and win, this is our best shot and creating a short and sweet rebuild to get us back to contention as soon as possible.

0 comments on “3 Things the Hornets Must do if Kemba leaves.”