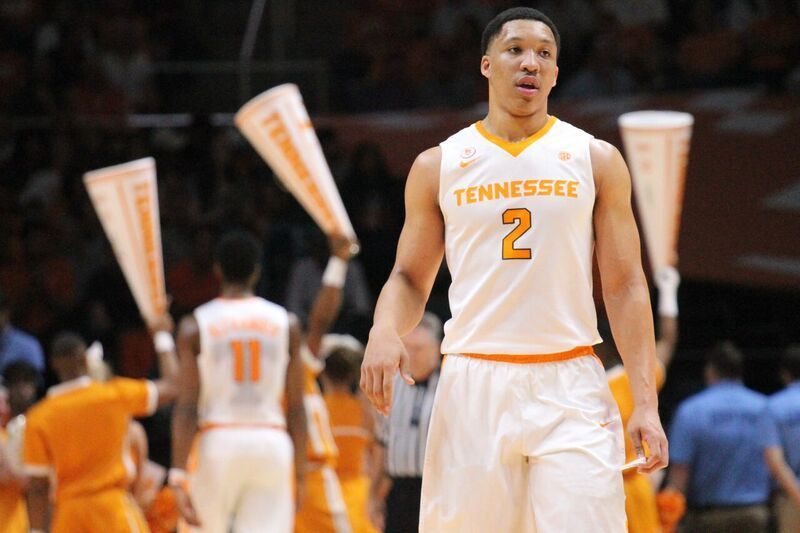 After a successful three years at the University of Tennessee, Charlotte native, Grant Williams is ready to make his leap into the NBA. The 12th pick may be a bit of a reach for Williams as he’s seen as a guy likely to go in the 15-25 range but he offers a unique skill-set that will surely benefit a pro team.

While he has very undersized for a power forward at 6’7, Williams is a relentless dog underneath the basket as he excels at finishing around the basket. He isn’t the best shooter but he’s a willing shooter and has flashed the ability to effectively stretch the floor. His play-making is also underrated for a big man averaging almost 4 assists per 36 minutes.

Williams is just an all around solid basketball player, he does just about everything well or at the very least good enough for the the opposing team to respect it. I mentioned his low post game previously, decent shooter, above average facilitator. He’s a guy who wears his heart on his sleeve and you know is going to come out and give you 200% on any given night.

He has a 6’11 wingspan that allows to him to compete for rebounds with taller big men. Possesses a great basketball IQ combined with an extremely high motor that creates an all around effective player. Solid defensively and also has the ability to switch off of big men and effectively guard smaller forwards.

The elephant in the room is that he’s a 6’7 power forward, which is not ideal for most big men. There is a role for these smaller power forwards tho, some guys have been able to make it work, ala Draymond Green. But rarely do we see small power forwards with limited athletic ability carve themselves into a starting spot on a team. Williams isn’t the most explosive player which can be a problem when most of the players you’re matched up against have 4-5 inches on you.

Also his OK ability to stretch the floor doesn’t exactly matchup perfectly with the above weaknesses. If he isn’t effective from 3 defenses will surely not respect the aspect of his game and force him to be them in the paint.

Williams can carve himself a role in the league if he can be more effective from the perimeter and prove he can take NBA level defenders off the dribble, a skill he showcased at times in college. I would be shocked if the Hornets pulled the trigger on him at 12 but he’s definitely a prospect to keep your eye on.