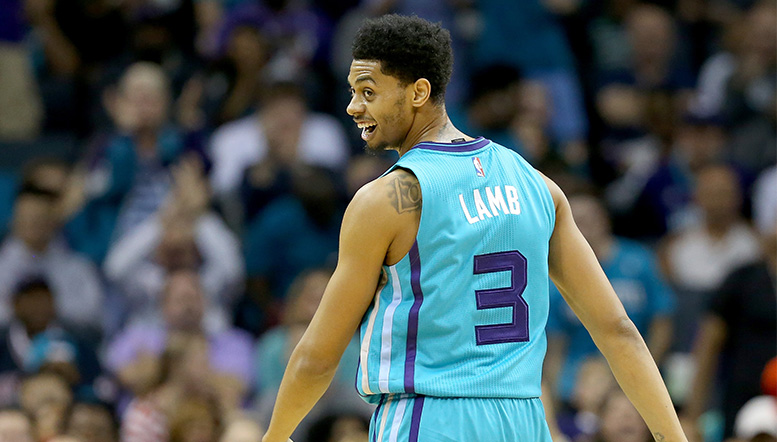 There is a commonality in the sports world that players who are playing in the final year of their contract tend to perform better in order to “secure the bag” in their new deal during the upcoming offseason. The idea is to play out the year and bet on your talents instead of signing an extension early and leaving money on the table. We saw “contract year” Jeremy Lamb in action this season for the Charlotte Hornets, and it was glorious.

Lamb was a gift offensively. He demonstrated his ability to score at all three levels; from three, pull up mid-range, and attacking the rim. His ability to find open pockets on the floor when the ball isn’t in his hands is one of the most underrated things about his game. Additionally, he’s super confident when he does have the ball and uses his shiftiness to breakdown defenders. In fact, he shot 59% from the floor inside three feet.

Outside of Kemba Walker, the Hornets struggled to find scorers. Luckily for them, Lamb stepped up and was a consistent number two option for Charlotte. The duo overall were one of the top scoring back courts in all of the NBA. This season Lamb poured in a career high 15 points per game on 44% shooting. In fact, Lamb scored so well and consistently this season that he was actually sent to come off the bench midway through the year in order to give the 2nd unit a consistent scoring option.

On top of that, Lamb proved to be an asset down the stretch in close games. With Kemba Walker being the main focus of opposing defenses, it left Lamb room to space the floor and go to work. He hit three game winners this season. Some players are lucky to hit one in their whole career. We crowned him King of the North after he ripped the hearts out of the Toronto Raptors twice. The first being a home game late in the year as the Hornets were pushing for a playoff spot. Kemba drew four defenders as he drove the lane, then kicked to Lamb on the wing who drilled a three. Then the famous 48 foot heave after a poor sideline inbounds pass in Toronto. Pure. Money.  Maybe the Warriors should sign him this offseason? I heard they need someone to help them beat the Raptors?

Unfortunately, the Hornets wasted Lamb’s great games. He scored above 20 points eighteen times this season. We know the Hornets needed all the production they could get. In those games, the Hornets went 9-11. His three highest outings of 31, 26, and 24 points all resulted in losses. The Hornets struggled to find consistent production, and when they had it, it didn’t matter.

Jeremy Lamb definitely played his way into a big contract this offseason. However, it will more than likely won’t be with the Hornets. The Hornets won’t have the cap space to bring back both Lamb and Walker. This leaves a giant hole to that needs to be filled by a player on the roster. They have no money to improve so it will be up to a young player to step up and ball out in 2019-2020. Without Jeremy Lamb this season, the Hornets would have been an offensive disaster. He was a bright spot in the organization this season, but unfortunately it might be too late.