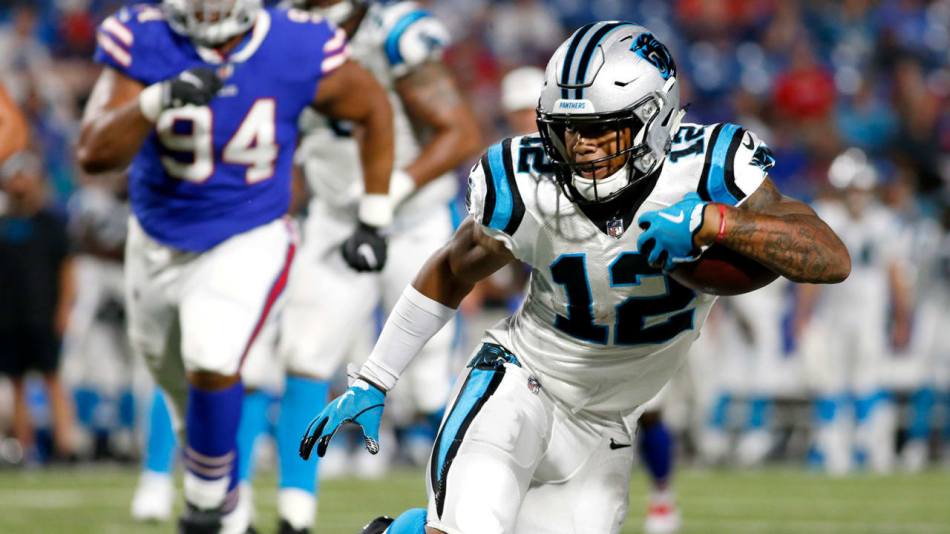 DJ Moore is entering his second year in the NFL after he was selected 24thoverall in the 2018 draft by the Panthers. Moore, a 5’11 pass catcher, is a speedy receiver who was utilized all over the field last season. Though he mainly caught short yardage throws, his quickness allowed him to break off big runs.

Moore’s rookie season went as expected for any rookie wide out; there were ups and there were downs. Moore started in ten of sixteen games, with his first start coming in week eight against the Ravens and remaining in the starting lineup the rest of the season. As previously mentioned, Moore mainly saw action in short yardage throws which limited his weekly fantasy upside unless he broke a tackle(s) on the play. He had sticky hands with a 67% catch rating (55 catches on 82 targets) which is great for a rookie. The biggest drawback to Moore’s rookie campaign was his lack of touchdowns where he only saw the endzone twice.

Now in year two, Moore is expected to take control of the Panthers’ receiving game, and is supposed to cement himself as Cam Newton’s number one option. Moore’s versatility to play at multiple spots on the field and starting a full 16 games should allow him to easily secure over 100 targets this season. In the final 7 games of last season, Moore had eight-plus targets five times, and one time he had seven. He’s going to need to find the endzone more if he wants to see an additional bump in fantasy value. The wide receiver position in fantasy is so deep and talented which will make hit hard for him to move up significantly in his second year. However, knowing what we know about fantasy football, while his upside maybe limited, his floor will be fine in PPR leagues due to his expected increase in targets and yards. In half-point PPR, Moore is currently being drafted in the early 7thround at WR 26. This is ahead of Tyler Boyd and Alshon Jeffery, and after Calvin Ridley, Mike Williams, and Jarvis Landry (per Football Calculator). Truthfully, I’d rather have all five of these guys instead of Moore, all whom offer a high floor AND upside, but getting a team’s number one wide receiver in the seventh round is never a bad thing.