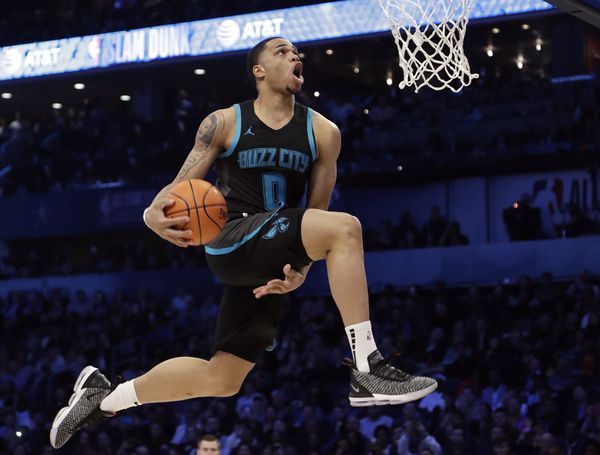 Miles Bridges’ sophomore season is arguably one of the most important second seasons in recent Charlotte Hornets history. Bridges will be asked to take a big step forward in his game and become the leader of the franchise.

Going back to last season, the Hornets traded back to get Bridges in the 2018 NBA draft. He was the front office’s guy. So much so that the Hornets continued to heavily target him when he did not work out for them. While he started his rookie season coming off the bench as the team’s sixth man, he quickly expanded his role into becoming an every-game starter. Time after time Miles showcased his ferocious athleticism, which was his calling card coming out of Michigan State. He even participated in the dunk contest during All-Star Weekend in Charlotte. Statistically, Bridges finished last year scoring seven points a game, four rebounds, and an assist on 46% from the floor and a below average 32% from beyond the arc.

Shifting towards this season, Miles Bridges needs to become an alpha. He’s going to have an opportunity on a bad team to flourish. The minutes he’s going to see this year will be plentiful, which is great because we all know that experience is the best teacher. If you follow him on social media, you know that he has this energy about him, and interacts well (that we can see, at least) with the other guys. I believe this is important because if the Hornets organization believes that he is a cornerstone moving forward he has to have the respect of the other players around him.

There are two aspects to his game that I would love to see improved this season: shooting and defense. As I mentioned earlier, Bridges shot 32% from three last season, which isn’t great in today’s NBA for a wing. Head coach James Borrego’s new offense revolves around threes and getting to the rim. Bridges is great at the latter due to his athleticism and great first step. However, to expand his game to the next level he has to develop a respectable outside game, too. Imagine how dominant he could be should he get that going. Rozier swings to Bridges on the wing, pump fake three, drive and catch a body at the rim. Yes please. He has the tools to craft a diverse game, he just needs to sharpen them.

The second and more important thing is defense. Miles’ defense could use some work to say the least, which is odd given how athletic he is. His anticipation is a bit off, even when he’s the primary defender. He can get behind because his reaction step a tad slow. When he’s away from the ball he zones out or even loses his man entirely and gives up a bucket. The Hornets still do not have a lock down defender, which was a big problem for them last season when they could not guard a soul. Bridges’ stature, size, and athleticism gives him the assets to potentially become a great defender, but there are so many micro mistakes that make him frustrating to watch on the defensive end. The only thing that saves him here is just how athletic he is. It allows him to get burned and be able to recover in time to alter the shot or something of that nature. That cannot be relied on, though.

I believe that Miles Bridges can become a star in this league. I truly do. However, he certainly has ways to go in order to get to that level. Watching him now, it’s clear that Bridges has the potential, but can he actually get there? This season is going to reveal a lot to that question, and I, for one, am excited to find out.