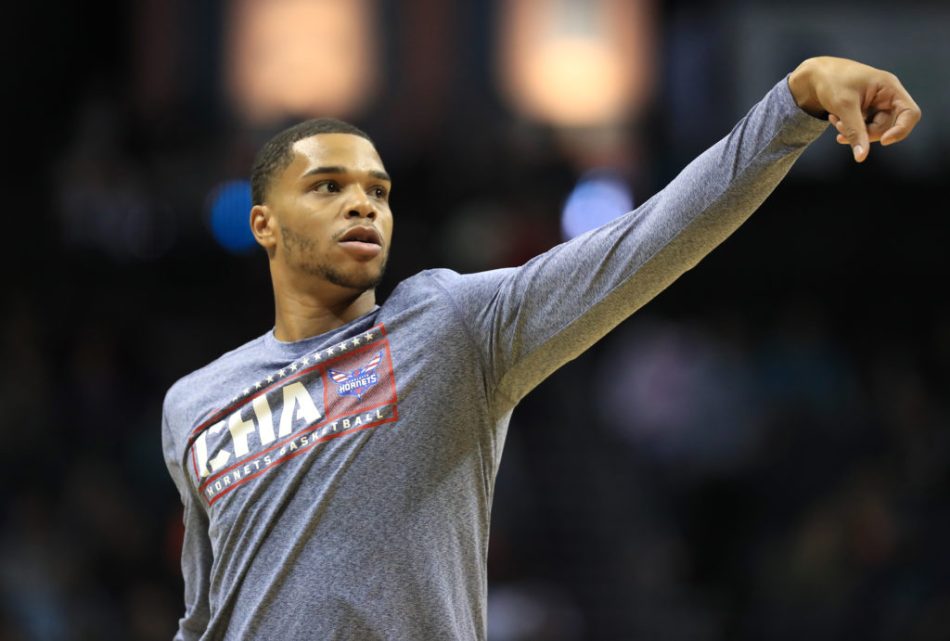 We are now 22 games into the season, and it has finally reached the point where we can start drawing some conclusions about what we’ve watched so far. There have been some encouraging signs in Miles’ game thus far. He’s beginning to look like the catch-and-shoot player we all hoped he would be coming out of Michigan State. He’s averaging 1.5 3PMs a game on 35.1% from 3, which is about league average. He’s obviously a formidable player in space due to his superhuman leaping and size. And he’s finding those mismatches on offense and scoring, which is highlighted by his 68th percentile rank in post-ups on 25 possessions, according to synergy. I think we are all familiar with what Miles does well, but just in case:

And now lets talk about the not so good parts of Miles’ game. His on-ball game leaves a lot to be desired. Miles is best when he’s spotting-up, attacking close-outs, cutting, or in transition. There are moments when Miles catches defenders off guard and then he’ll use that spin move he loves so much. Most of the time, Miles is not getting to the rim. He’s not drawing fouls (1.5 FTA per). And he’s not turning the corner. He just doesn’t have the shake, and he doesn’t have the handle to beat guys off a live dribble. And so, we’re left with Miles Bridges needing to be mostly off-ball on offense to succeed. And Miles can do the things required of that role, as mentioned above.

And now let’s talk about the ugly parts of his game. Advanced Stats are a controversial topic among NBA fans, but at the least, if someone is very good or bad in multiple advanced metrics, then there’s a reason for that. And oh boy, Miles is “not great bob”, in several advanced analytics.

And the reason why, is cause Bridges defense is awful. It’s not as if he’s some incredible offensive player. The decision making, the lack of basketball IQ that gets him in trouble on defense is also there on offense. The only difference between his offense and defense is that on offense you can put him into situations where he doesn’t need to make decisions to succeed. He’ll turn the ball over, make unwarranted passes, and what have you; but, most of his chances are finishing plays or making a very obvious next pass. It is not possible for him to avoid making decisions on defense. First off, the alternative to spending most of your time off-ball on defense is guarding the point of attack. And Miles can’t guard the point of attack, because he has poor lateral mobility, his technique sliding his feet is very poor, and for obvious size reasons he doesn’t get over screens well.

I wanted to highlight the screen in this, but you can’t ignore the lack of awareness, which is the real problem. Miles is hopelessly lost on defense, all the time. Miles being in the right spot, making the right decision on defense, is the exception to the rule.

It should be said, we shouldn’t assume Miles will just fix all of his poor decision making, feel, and general basketball IQ. It’s very rare for a player to just flip this during his career, and it worries me because Miles is likely to have a negative impact. You can’t offset these negative defensive tendencies as a low-usage player. It’s not enough to be an average or slightly above average shooter, who gets out in transition, and attacks close-outs. The impact on offense in that role can’t offset being a wash on defense.

In the post-season you’re only as good as your worst weaknesses. History tells us teams usually hold on too long to lottery picks who don’t bud, and I think the Hornets will hold on to Miles, I would bet on it, but… I don’t think they should. I think a smart team would see these concerns, and understand them in the context of the roles Miles will have to fill on both ends and then trade him for as much value as you can, while his stock is up.

0 comments on “Thoughts on Miles Bridges after 22 games”