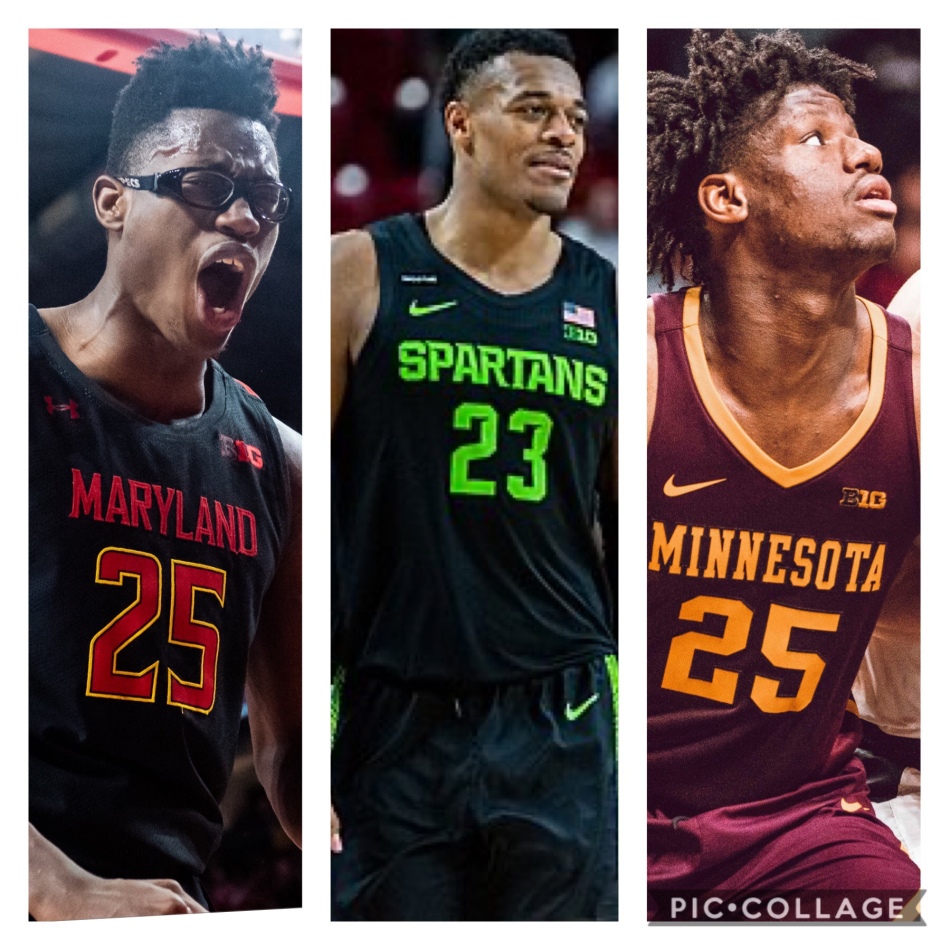 This week I’m diving more into some second round players and specifically, looking at some of the top bigs in the Big 10 this past year.

Jalen Smith projects as a rim-protecting, sharp shooting big man. He has two of the most important tools that you look for in a modern big. The most intriguing skill for him is his shooting though. He has the chance to get it up with volume and shoot it in versatile ways.

Smith as a trailer:

And Smith with a smooth pull-up:

As you can see, not only is Smith a good shooter, he can shoot in a variety of ways. Having him at your five will open up the floor tremendously.

Smith has also shown some capability of attacking closeouts which adds to his shooting value:

And a sweet post-move here:

Out of the three bigs, I think Jalen Smith has the highest offensive upside in the NBA as a scorer. I’m really intrigued into how he develops. He’s not much of a passer (6.1 AST%) but he should be a really good play finisher as a pick and pop guy and has shown some roll ability as well (90th percentile in rolls to the basket).

I’m not enamored with Smith’s rim protection otherwise I’d have him as a lottery level guy but I think he will be solid enough. Had a 8.2 BLK% this past year which was the best of all of the three bigs. He needs to get stronger to be a better defender but he has decent enough IQ to know where to be. He should be around an average center defender and that mixed with his shooting potential should put him into consideration at 32.

Tillman has the highest basketball IQ out of the three bigs and has the most diverse skill set. His most intriguing offensive skill is his passing (three assists per game, 18.1 AST%):

Tillman should be a really good short roll big in the NBA. He makes really good reads and is able to handle it just enough to get to where he needs to go. He also has shown some ability to score out of it:

Tillman’s best fit on offense is with a long range bomber like Stephen Curry, Damian Lillard, and to a lesser extent a guy like Devonte’ Graham. Those players get trapped a lot and Tillman can take advantage in the four on three situations that come from the gravity of them. Don’t really buy Tillman as a shooter ( 26% from three, 66.7% from the line, 32.4% on two point jumpers) but his passing and good decision-making should add value in the NBA.

Tillman is the most versatile defender out of the three. Don’t buy him as a switch guy as a whole but has shown some ability:

Tillman is also probably the best post defender in the draft:

And Tillman does well in the P&R:

Overall, Tillman is a really good defender and I think would be a plus on that end. It just comes to how much of a plus. He lacks some of the athletic ability and length that deters NBA caliber athletes at the next level. Bigs who have bigger size will be able to just score over him. However, Tillman would be excellent as a third big and could be a low end starter for certain teams because of his decision-making on both ends.

Oturu has the physical tools to play center. Big and strong and has the longest wingspan out of the three. However, I’m worried about his feel and how his play style fits into the modern game.

Oturu was super productive at Minnesota averaging 20 points, 11 rebounds, and 2.5 blocks a game. His physical tools should lead him to be able to block shots (7.1 BLK%) but I am worried if he’ll contest enough shots. While watching him I noticed a lot of shots where he doesn’t contest at all but is right there:

But I don’t see the versatility of his jumper in the ways that I see it in Jalen Smith. I don’t think Oturu will get up enough attempts for it to matter. He mostly only shot wide open ones at Minnesota and only took 1.7 attempts a game.

Oturu has had flashes. This is a good sequence here for him:

Overall though, I see him more as a scoring big that doesn’t bring that much value on the defensive end.

I’d rank the bigs as:

Smith and Tillman are very close and Oturu is a distant third. Oturu has the worst defensive IQ out of the three and doesn’t have an easily translatable offensive skill like Smith’s shooting and Tillman’s passing. Tillman to me is the safest of the bunch because of his high IQ but I’d go with Smith because of his higher scoring upside. Also, because he’s taller than Tillman, I buy him more as a rim protector.