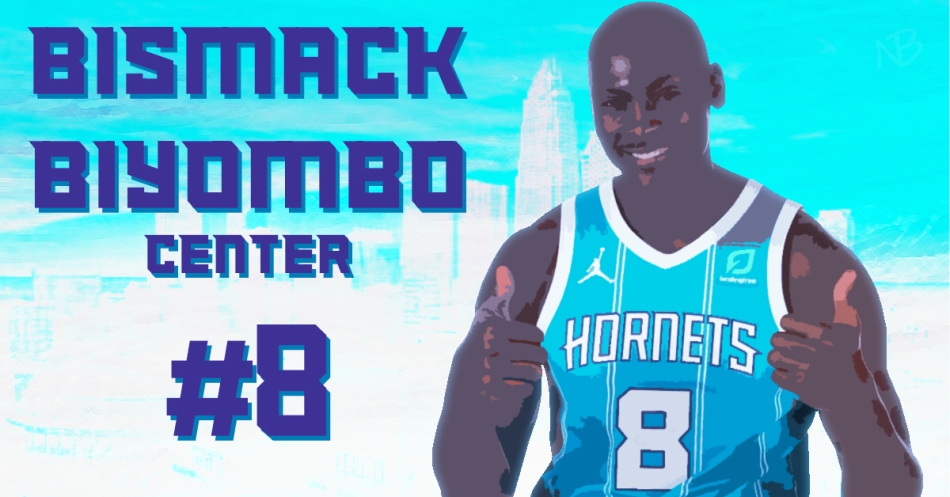 Is Bismack Biyombo looking a little..different.. this year to anyone else? I mean that in the most positive way possible. The Hornets were in desperate need of some veteran leadership this year and Biyombo was glad to stay. After finally getting through his massive 4 year $72 million deal, Big Bis was brought back to Charlotte for the year on a team friendly, 1 year $3.5 million deal. That contract alone makes me like Biyombo a lot more than I did a year ago.

As Hornets fans we know what Bis is bringing to the table at this point, and honestly, it’s not that much. We’re going to get a guy who most would consider to be undersized for a “center” and isn’t going to anchor your defense with any sort of regularity. However, where he lacks in size, he makes up for in pure athleticism, the reason Charlotte drafted him back in 2011. This doesn’t tend to translate into crazy numbers or really anything satisfying to the eye when watching him play, but he brings the energy every night he steps onto the court.

From the outside looking in it appears he has really taken on this leadership role this season. He’s always been a leader on and off the court but this year in particular it’s really standing out to me. Maybe that’s just because the media team is taking more photos of him with his arm around LaMelo Ball, but either way. That’s something you like to see. This young squad needs that.

Moving into the basketball side of things. This preseason it seems like he may finally be figuring out how to catch the basketball, however, it seems that only seems to be the case when the ball is coming from Ball. So maybe, he hasn’t figured that out, but if you’re going to catch from anyone it might as well be the potential superstar of the team. This Ball-Biyombo duo has actually intrigued me during the preseason. In LaMelo’s player preview, I talked about Ball’s ability to take a quick glance and toss a football pass down court. Biyombo was on the other end of that a couple times, the early chemistry is there. It also seems like when used in a short roll action, Biyombo has been somewhat decent in being able to find open guys, see below.

Ball isn’t the ball handler here, he’s actually the shooter, but you see where this action could have James Borrego more willing to give Biyombo some extra minutes.

He gets the hockey assist above. Again being able to make some magic happen out of the short roll and get that ball to PJ Washington could prove to be very beneficial to the team moving forward. I’d go as far to say if he can do this with any sort of consistency he could find himself in the starting lineup. As I said, It seems he already has some chemistry with Ball and he may be better defensively than Cody Zeller. I don’t say that with actual certainty, but wouldn’t doubt if it is indeed the case.

I wouldn’t expect much change from Biyombo this year. We can only hope he truly learns how to catch the ball and becomes a better finisher around the rim. This short roll development however is very intriguing and something that we should all be keeping our eye on as we head into the season. I think at the very best we could see Biyombo get some starts during the season if Zeller doesn’t perform to standard.